Indie game publisher Leoful is pleased to make three new announcements at gamescom asia 2022, which is being held in Singapore from October 20 to October 23, 2022.

During this year’s gamescom asia PRIMETIME livestream, 9-to-5 office adventure platformer The Company Man was officially announced for iOS. iPhone and iPad owners can enjoy The Company Man later this year. In addition, we are happy to announce that Georifters Ultimate Edition, which contains the base game and exclusive content on disc, is releasing physically for PlayStation®4 in Asia in the near future. Super Retro Platformer Collection, a collection of four great retro games inspired from the NES, SNES, and Nintendo 64 era, will launch for Nintendo Switch™ in Asia in 2023.

Details on the three new announcements can be found below.

The Company Man for iOS 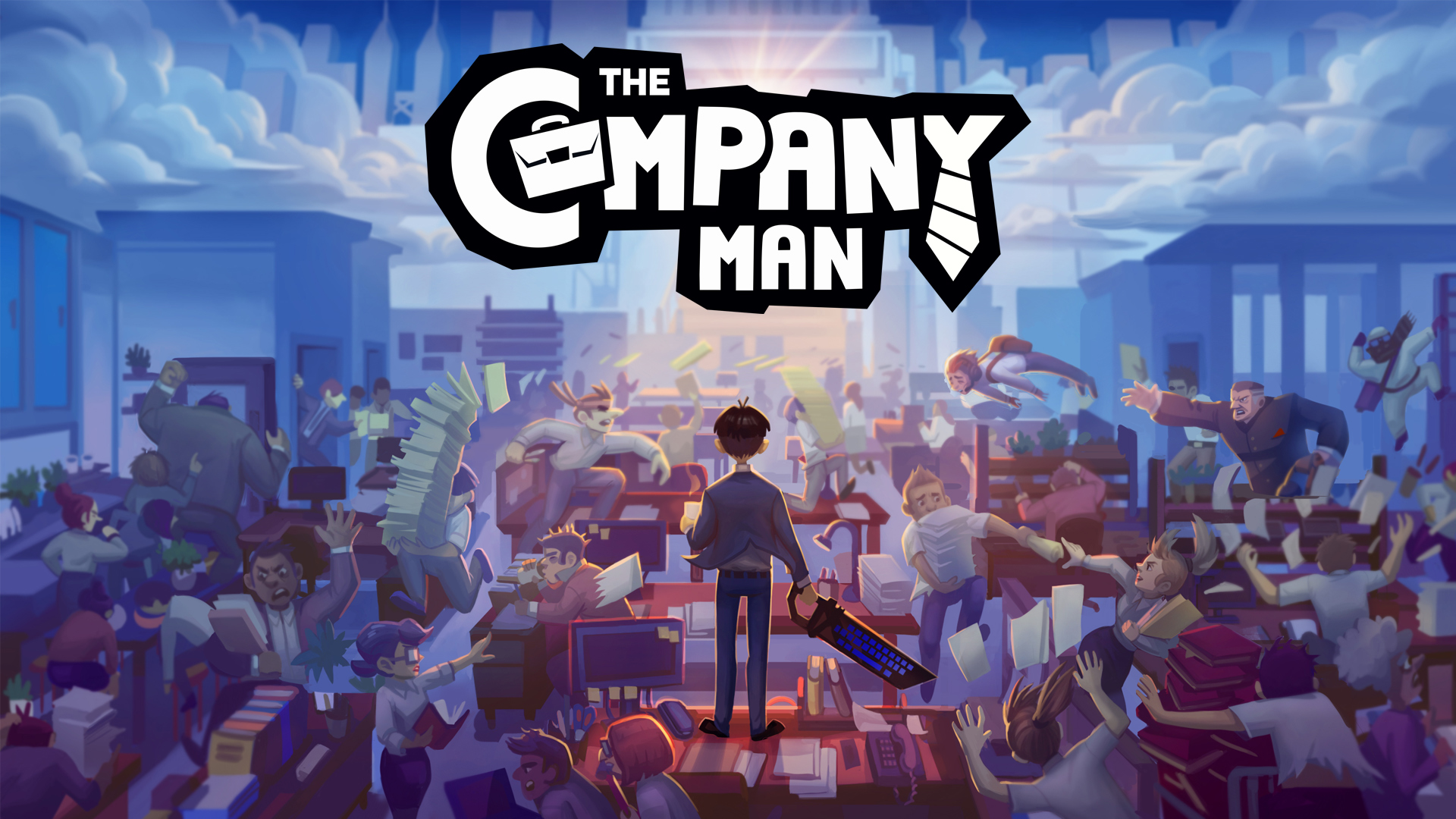 The office adventure platformer by Malaysian indie developer Forust is coming to iOS in 2022! With controller support and touch screen controls, players can enjoy The Company Man anytime, anywhere on iPhone and iPad later this year. Details on the game’s release date, pricing, and iOS specifications are set to be revealed on a later date. 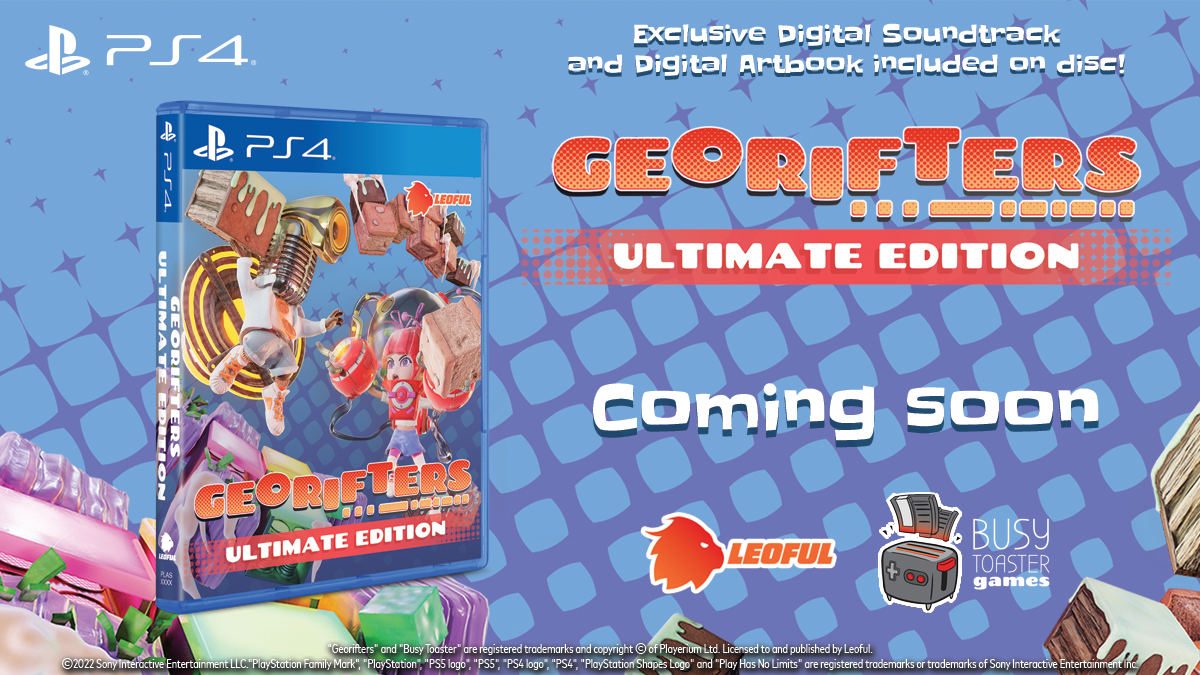 To celebrate Taiwanese developer, Playerium’s (the company behind indie label Busy Toaster Games) multiplayer terrain shifting game’s success and upcoming 3 year anniversary, Georifters will be getting an Ultimate Edition physical release for the PlayStation 4 in Asia!

The Georifters Ultimate Edition includes the base game, all released updates, as well as exclusive, on-disc, Digital Soundtrack and Digital Artbook. The Digital Soundtrack features the full selection of cheerful and upbeat music from the world of Georifters, and the Digital Artbook contains over 100 pages of concept artwork and illustrations from the development of Georifters. Details on the Georifters Ultimate Edition, such as its release date, pricing, and pre-orders, are set to be revealed on a later date.

In Georifters you can up to 4 friends can team up or of face off in fast paced ground manipulation battles. Or try couch co-op for more precision and strategic ground manipulation in the story mode. Spin walls, twist tunnels, crush critters, battle against the ground or with it! It can be your tool or a weapon you use to move the world in many ways around your enemies or your self! 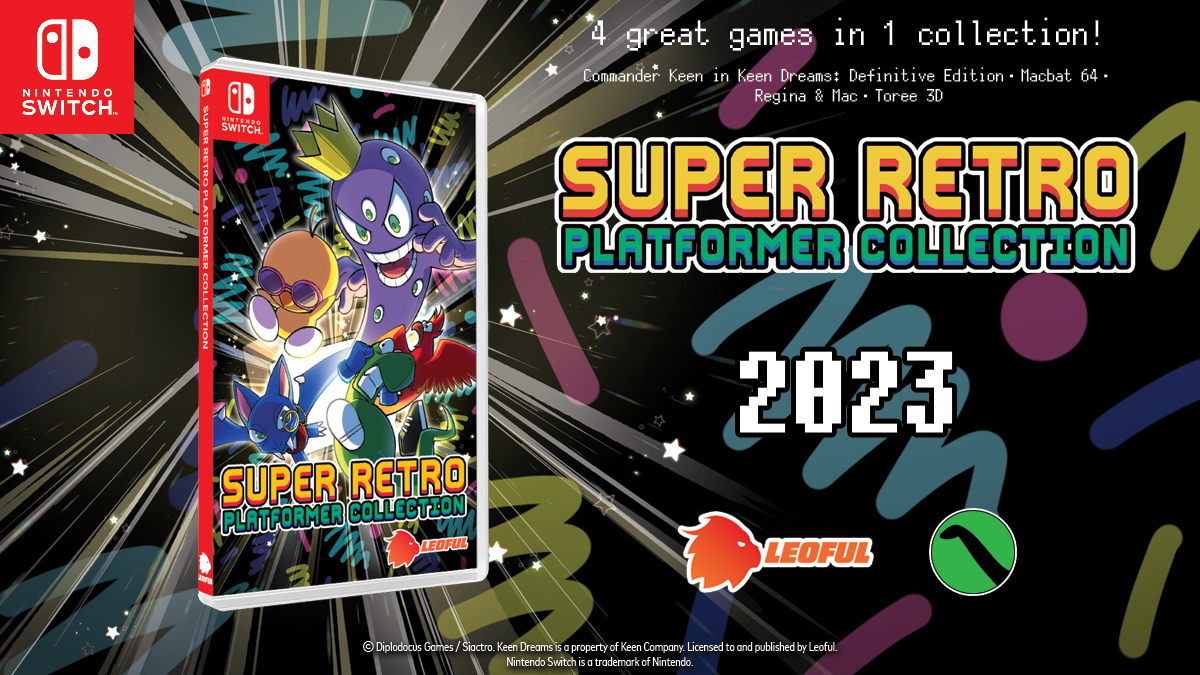 Calling all retro game fans! Super Retro Platformer Collection, a collection of four great retro indie gems by German retro indie studio Diplodocus Games, is launching physically for Nintendo Switch in Asia in 2023. The collection includes both 2D and 3D platformers that players of all ages will enjoy. Games included in this release are Commander Keen in Keen Dreams: Definitive Edition, Macbat 64, Regina & Mac, and Toree 3D. More details, such as the collection’s release date, pricing, and pre-orders, are set to be revealed on a later date.

© Playerium / Busy Toaster Games. Licensed to and published by Leoful.

© Diplodocus Games / Siactro. Keen Dreams is a property of Keen Company. Licensed to and published by Leoful.

Leoful is a global video game publisher founded by two gamers in 2019. Our vision is to share fun, unique, and innovative games with people in Asia and all over the world. Leoful is best known for games such as Alpaca Ball: Allstars, Georifters, Ittle Dew 2+, Paradise Killer, The Company Man, and Aviary Attorney: Definitive Edition.