A playable demo for Aviary Attorney: Definitive Edition will be exhibited at Tokyo Game Show 2022. In the demo version, players will have to defend Dame Caterline, a young feline suspected of murder. A special sticker will be given to those who try out the demo. We hope to see you try out the game at the Happinet booth (3-N03)!

Aviary Attorney: Definitive Edition, which has received many positive reviews from outlets such as PC Gamer and Nintendo Life in the west, will be localized in Japanese, Simplified Chinese, and Traditional Chinese for the first time this year. The game takes place in 19th century France, where players play the role of Monsieur Jayjay Falcon, a bird lawyer who, together with his witty apprentice, Sparrowson, will take on clients, interview witnesses, collect evidence, and deliver justice to the guilty. Enjoy a memorable and intense lawyering adventure in this peculiar world with art by 19th-century caricaturist J. J. Grandville and music by legendary romantic-era composer Camille Saint-Saëns. 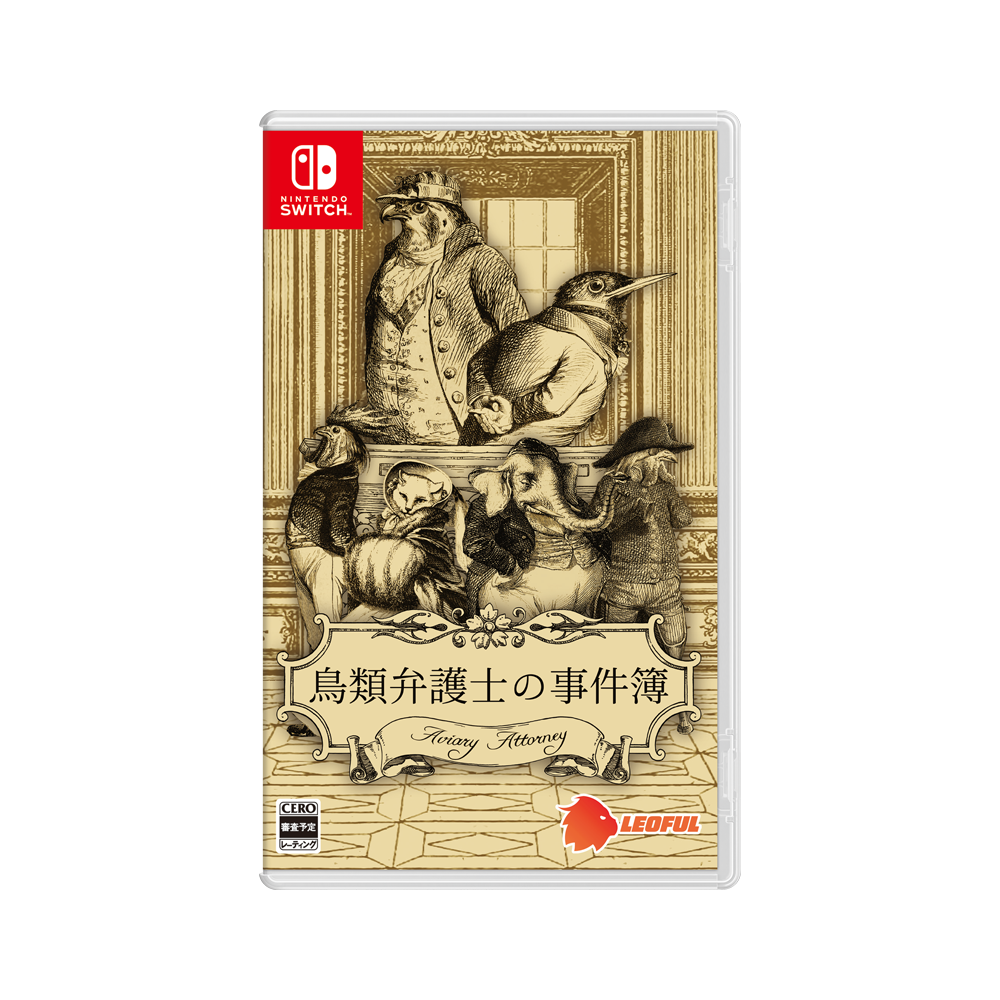 Players who try the game at Tokyo Game Show 2022 will receive a present! 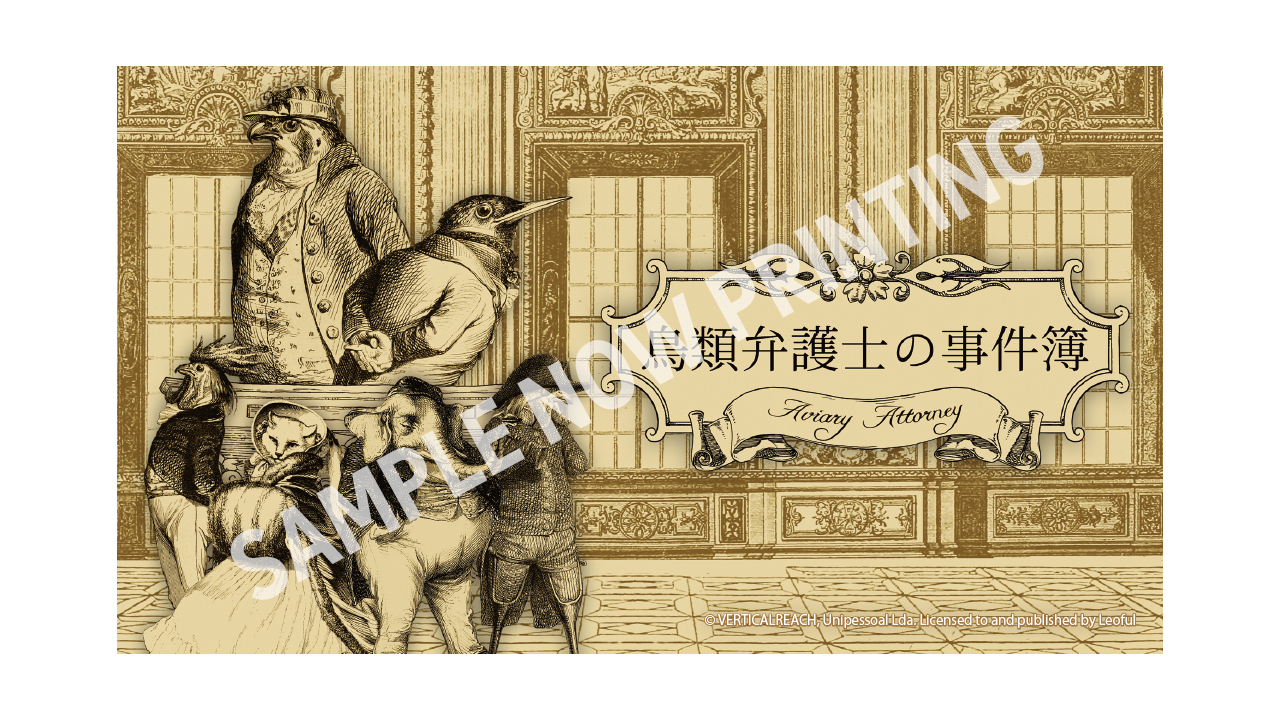 From September 15 to September 18, 2022, a playable demo for Aviary Attorney: Definitive Edition will be available at the Happinet booth (3-N03). Players who try out the demo will receive a special sticker.

The physical edition’s inner cover design has been revealed! 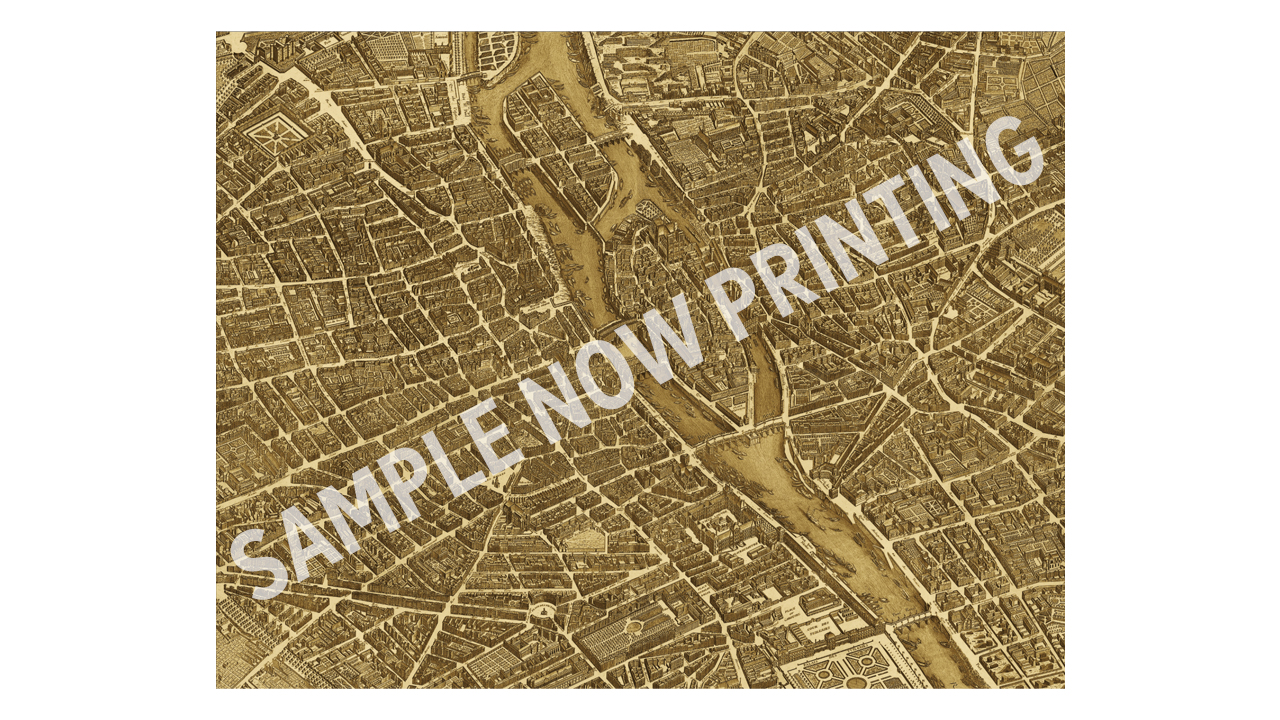 The physical edition for Aviary Attorney: Definitive Edition has an inner cover design featuring a map of 19th century Paris.

Customers who pre-order the physical edition will receive a postcard illustrated by Hato Moa! 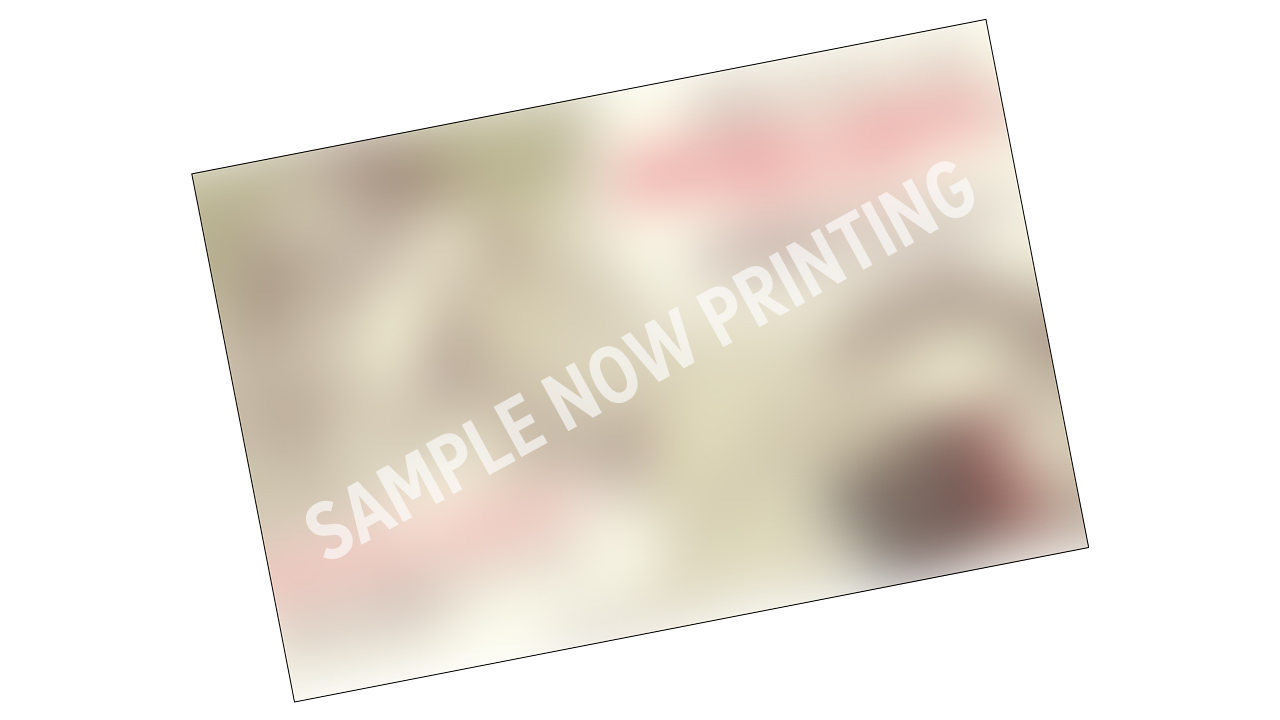 Note: This pre-order bonus is available in Japan, Hong Kong, Taiwan, Singapore, and other Asian territories.

Overview of the game

Fight exciting battles in the courtrooms of 19th century France!

Take yourself back to 1848 in Aviary Attorney: Definitive Edition. Paris is on the brink of yet another revolution, and the prisons are overflowing with guilty and innocent alike.

One bird stands for justice amid society’s chaos.

Play the role of Monsieur Jayjay Falcon, a bird of prey with a good heart and questionable lawyering expertise. Join him and his witty apprentice, Sparrowson, as the two take on clients, interview witnesses, collect evidence and deliver justice to the guilty.

With art by 19th-century caricaturist J. J. Grandville and music by legendary romantic-era composer Camille Saint-Saëns, this game promises to be a ~swanderful~ experience.

Help the accused citizens of France prove their innocence in court! Every case and client faces different challenges, and you will have to look for clues, evidence, and witnesses all over Paris to back up your case. The decisions you make in the game have consequences, and will lead to one of three fully fleshed-out endings.

Fight against the most experienced and cunning prosecutors in intense courtroom battles! Present evidence and make strong arguments to convince the jury and the judge your client’s innocence! 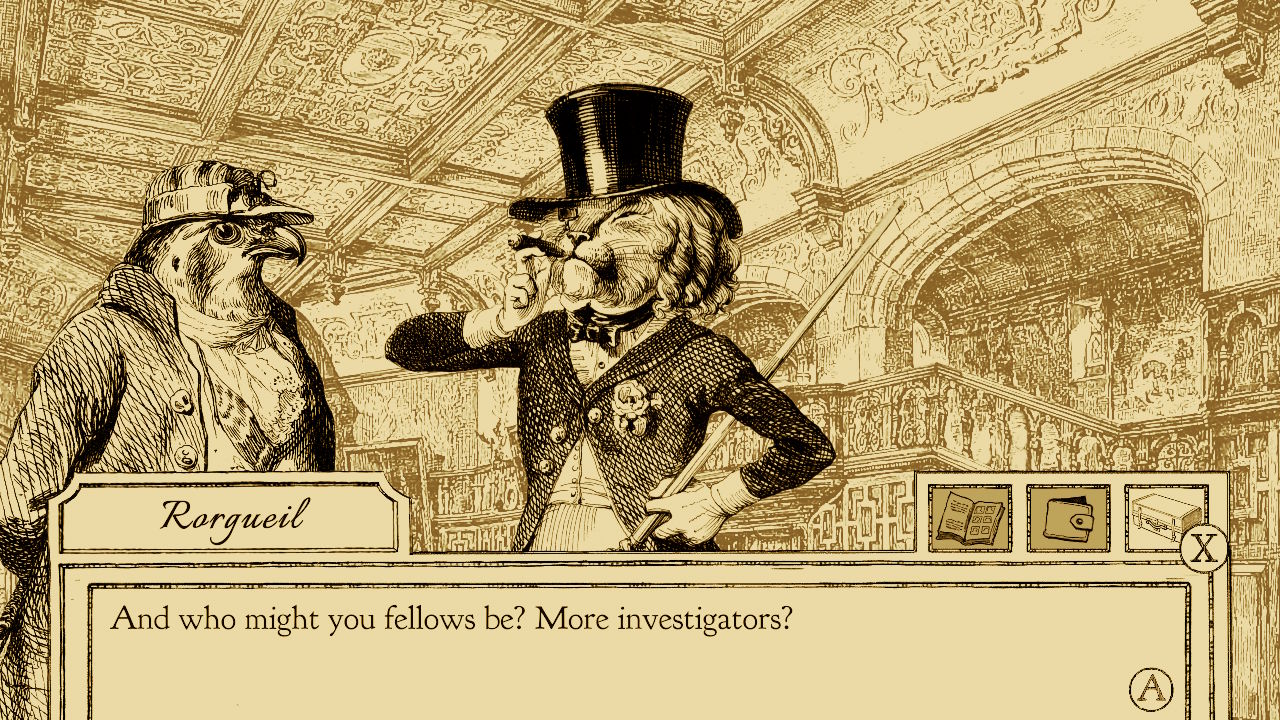 DOZENS OF INTERESTING ANIMALS TO MEET

From a beggar to the king of France, there are many interesting characters you will meet, bribe, and interrogate along the way.

Loot the Louvre Museum, knock on the doors of Notre-Dame, and visit other real-life landmarks in Paris! 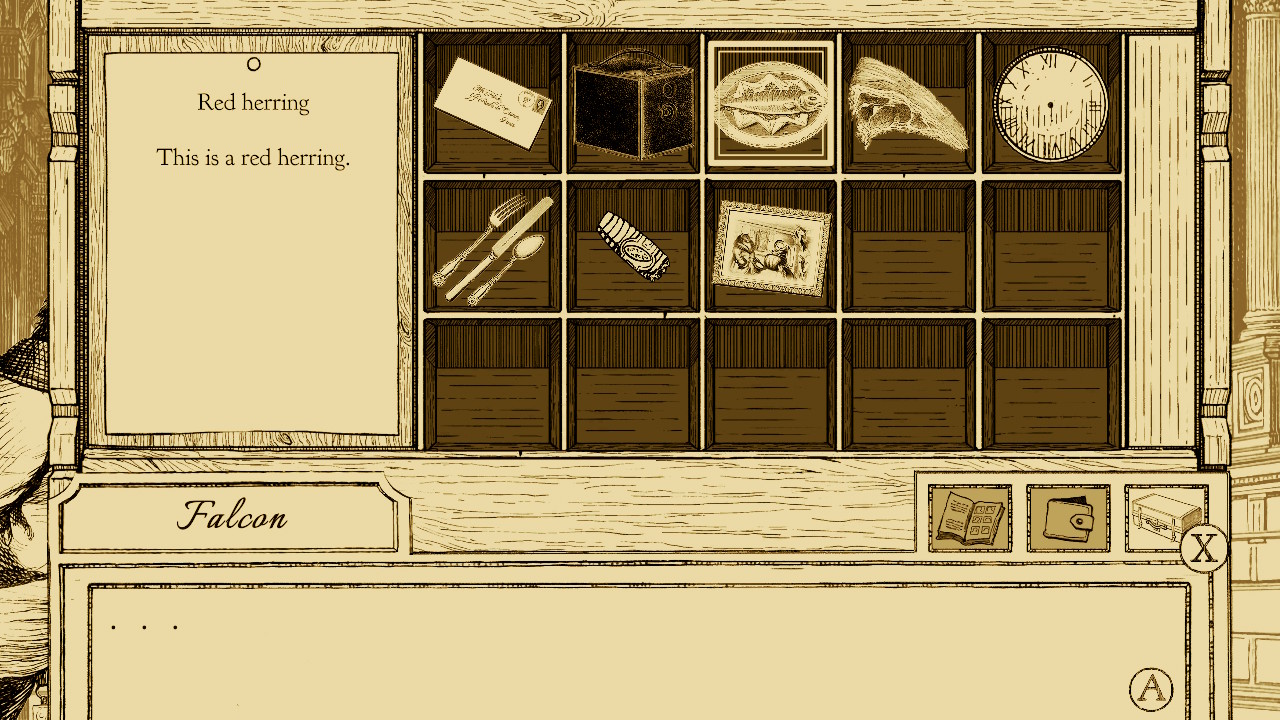 MORE BIRD PUNS THAN YOU CAN SHAKE A FEATHER AT

In this witty adventure, you will find many bird and animal jokes and puns out of nowhere that will make you laugh and cry.

COMPLETE AND ADMIRE YOUR COLLECTION

Aim to become the best lawyer in Paris by 100% completing the game! Collect medals, fill up your art gallery, and unlock all the amazing music the jukebox has to offer. 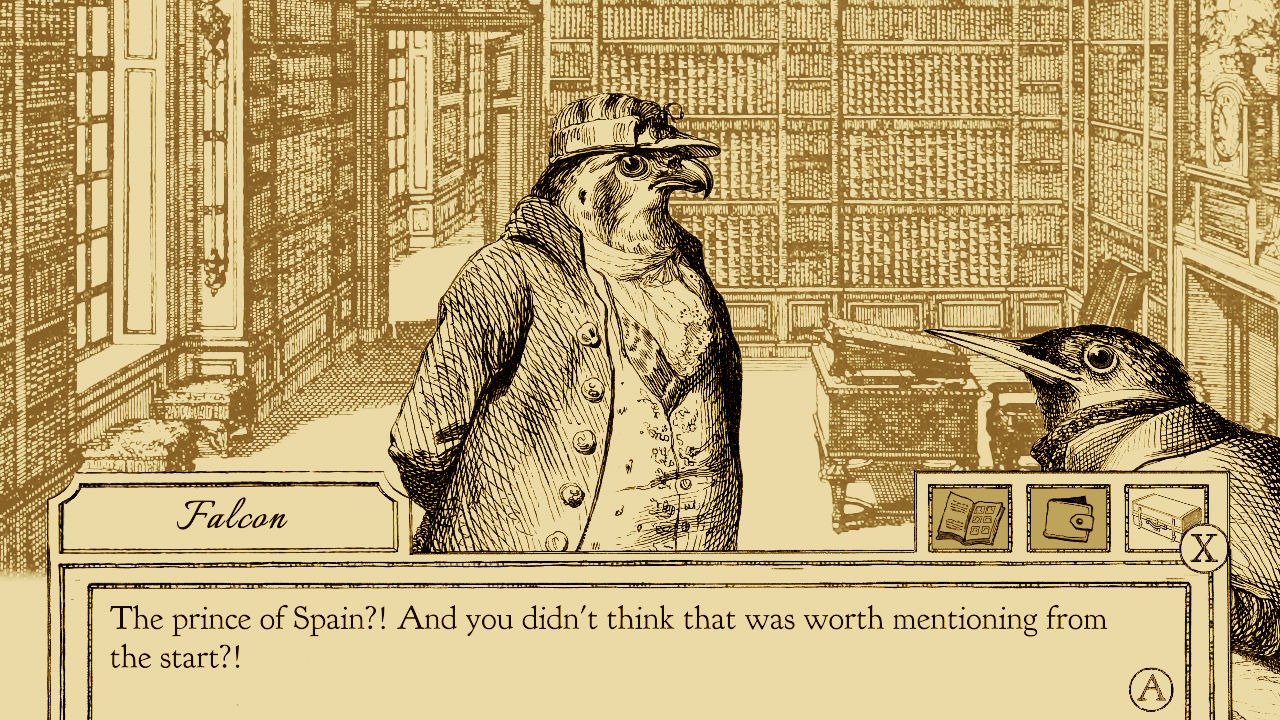 Leoful is a global video game publisher founded by two gamers in 2019. Our vision is to share fun, unique, and innovative games with people in Asia and all over the world. Leoful is best known for games such as Alpaca Ball: Allstars, Georifters, Ittle Dew 2+, Paradise Killer, The Company Man, and Aviary Attorney: Definitive Edition.

Sketchy Logic is a UK-based indie games studio, founded in 2014 with the goal of making distinct and impactful experiences. Currently, the one-man company is developing Small Saga, an RPG about a very angry mouse.