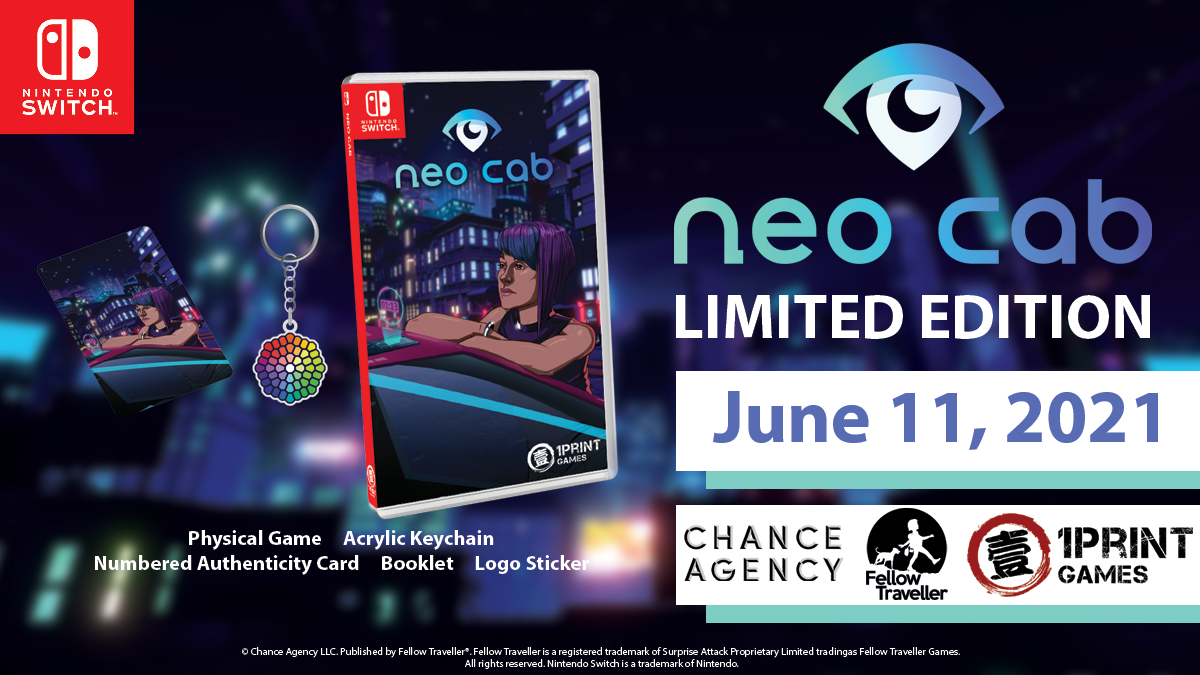 Neo Cab is an emotional survival game about gig labor, tech disruption and the experience of being a driver-for-hire. You play as Lina Romero — a daring, empathetic young woman hustling to survive as one of the last human cab drivers in an autonomous world. Navigate the neon-drenched streets of Los Ojos from the Neo Cab map. Choose your passengers— and your words— wisely. You’ll need to balance your cash, star rating and emotional health to survive in this town.

Chance Agency is a team of artists, writers, musicians and programmers whose past work includes Firewatch, The Misadventures of P.B. Winterbottom, Where the Water Tastes Like Wine, Guild Wars 2 and Reigns: Her Majesty.

Visualnoveler is an indie developer based in Taipei, best known for Eternal Radiance and Ascendant Hearts.